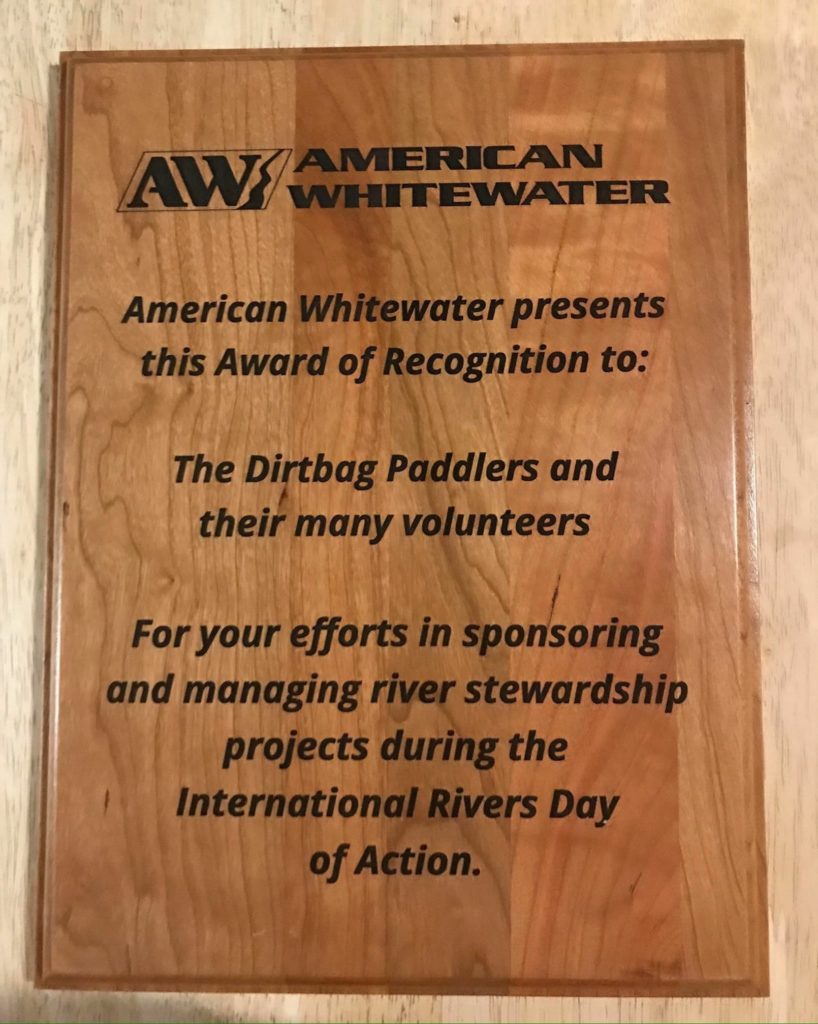 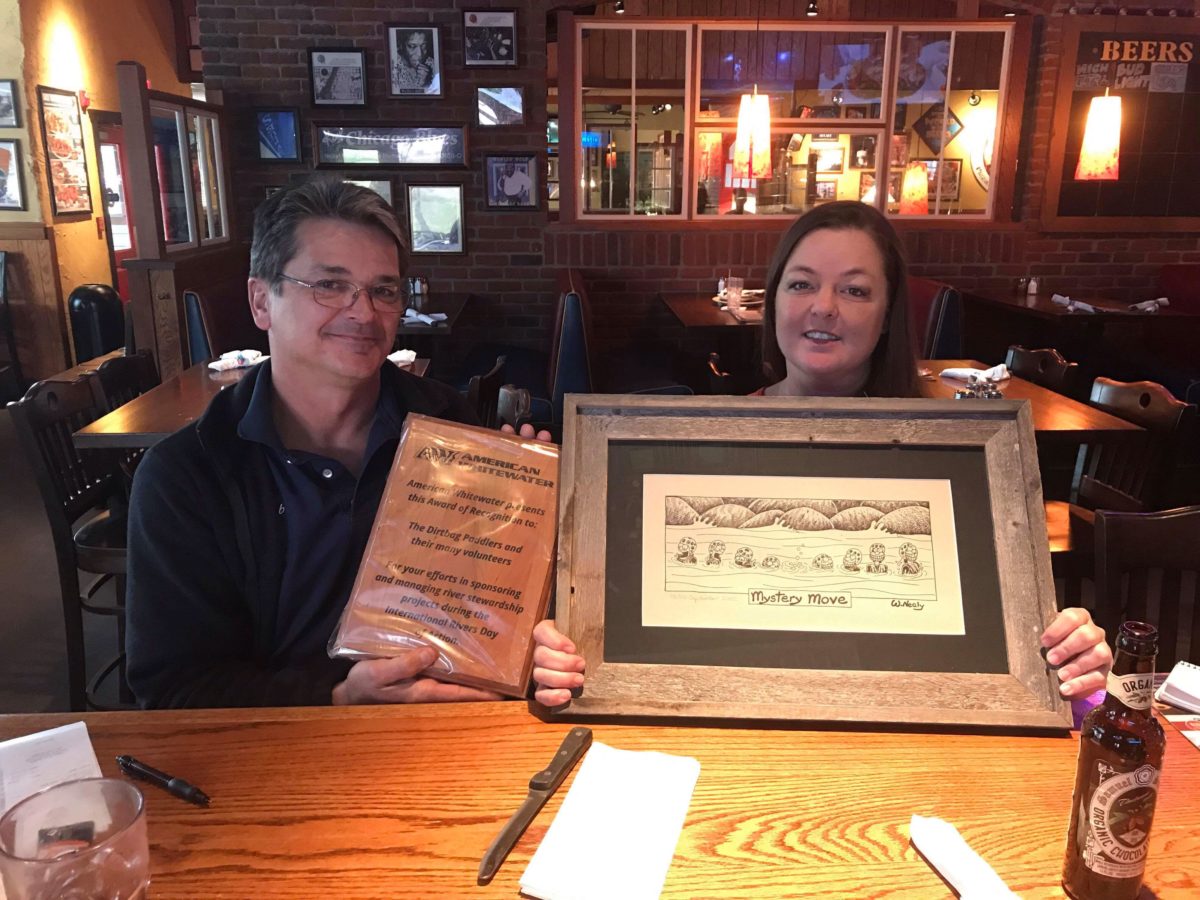 With great honor, the organizers of the Russell Forks Rendezvous and American Whitewater Association reached out to the Dirt Bag Paddlers to present an award for the SHOW US YOUR JUNK initiative, an incredible worldwide river stewardship program that was held for International Rivers DAY OF ACTION in March 2017. With a goal of 30 clean-ups worldwide, the DBP Family went above and beyond this, raising awareness in many communities and organizations. Events were held across America, and in Europe, Africa, Asia and South America. Dirt Bags literally gathered tons of junk from rivers around the world! 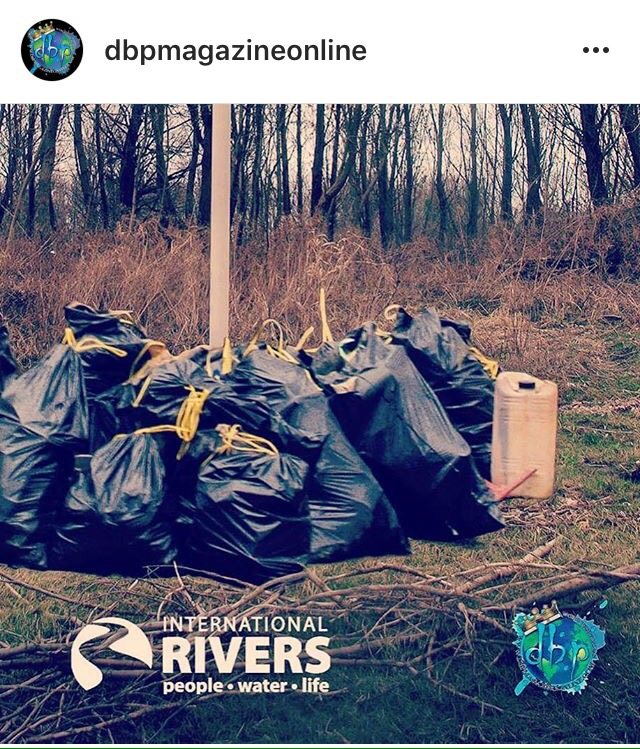 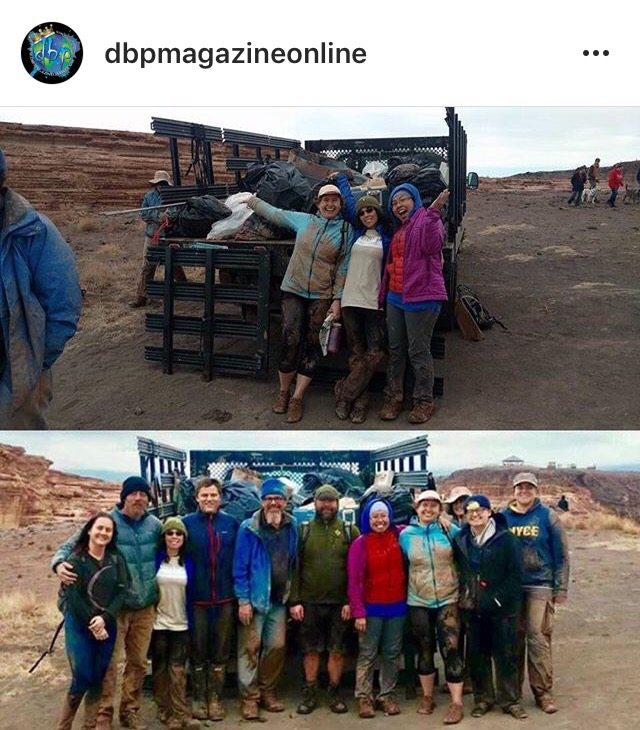 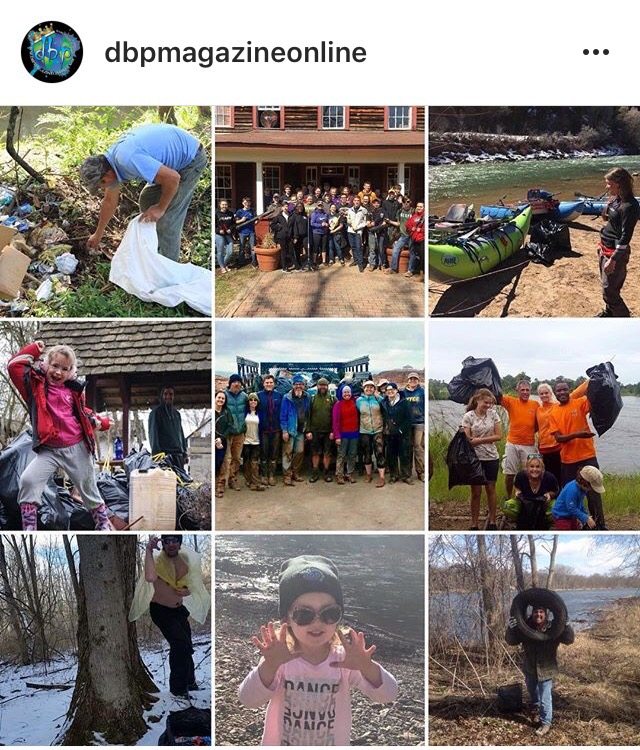 The story of getting the award is a Wallace in itself. DBP admins Kelly Gladden, Michelle Terrell, Tommy Whatshisname Hammet and Jim Staley were there to receive the award on behalf of DBP. 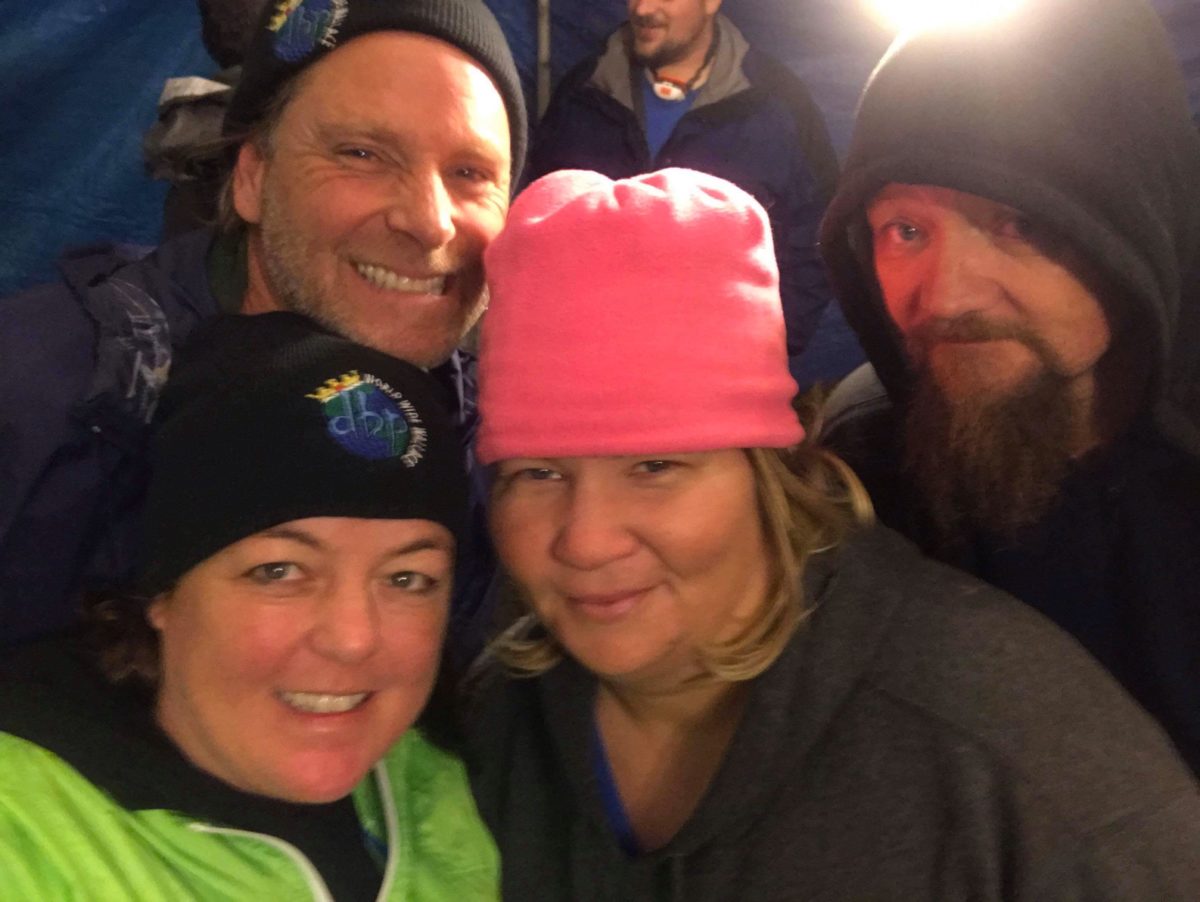 The weather and local government played a large part in the presentation not taking place on either night. There were some bands lined up for entertainment and generally there is a pause for the band to take a rest and allow for announcements, presentations and the like. However, there is a new sheriff in town that decided he needed to exercise his authority. Four cops came to private land to shut us down at 10 pm. Bob Larkin, one of the organizers of the Russell Forks race, met them at the gate. They said they were willing to come in with force to shut the festival down. Not only did they come to shut the festival down, they set up a road block leading into the festival, harassing the boaters coming in and out of the festival. Bob being the great guy he is was able to de-escalate the situation. The bands were cancelled for the rest of the evening on Friday. 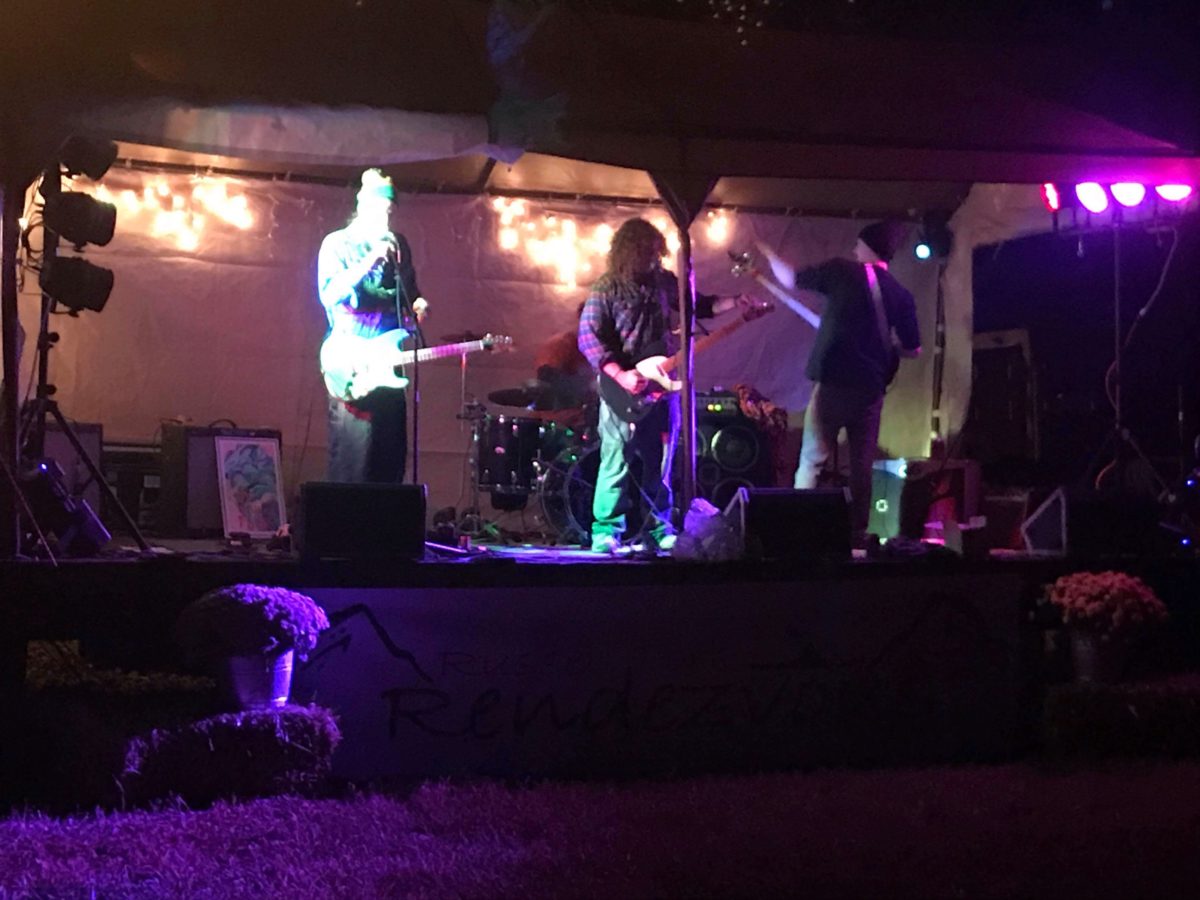 Before the cops arrived, the festivities had opened with Short and Company. They did a tremendous job getting us all ready for The River Funk. You may remember them from the last few Gauley Fests. They were about five or six songs in before the entire show came to a screeching halt. The bands may have stopped but the shenanigans continued in camp. There were bonfires, drum circles and lots of camaraderie with in the camps, including some early morning mud wrestling between a former BWA (Bluegrass Wildwater) VP and the current VP. According to eyewitness accounts you don’t want to mess with Brandy Mellow as she won 4-0 against Mike Daughtery. 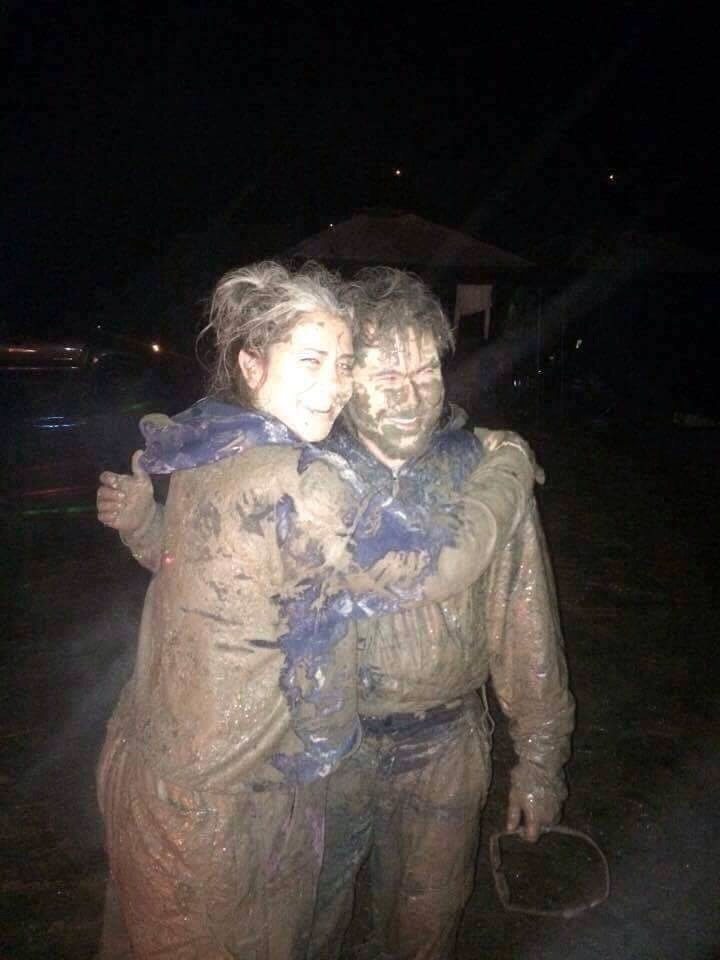 Just another example that the new sheriff wasn’t going to stop the party. The Party continued till the wee hours of the morning.

The next day, the Mayor of Elkhorn City contacted Bob Larkin, assuring him that there would be no interference by local law enforcement for Saturday evening events. He also said that local law enforcement would be giving free rides to anyone drinking and no arrests would be made, kind of funny since they had a check point set up to go into the camp. Like we said, new sheriff in town.

One of the bands scheduled that didn’t show was Driftwood Gypsy. They felt with the scrutiny from the New Sheriff it would have been a wasted trip for them, but still they got paid. Did we mention Bob Larkin is a great guy? The River Funk stepped up and took the spot they were denied the night before and again, they didn’t disappoint! As the rain fell and temps dropped, The River Funk played on, with a tarp shielding the stage and devoted fans huddled underneath. 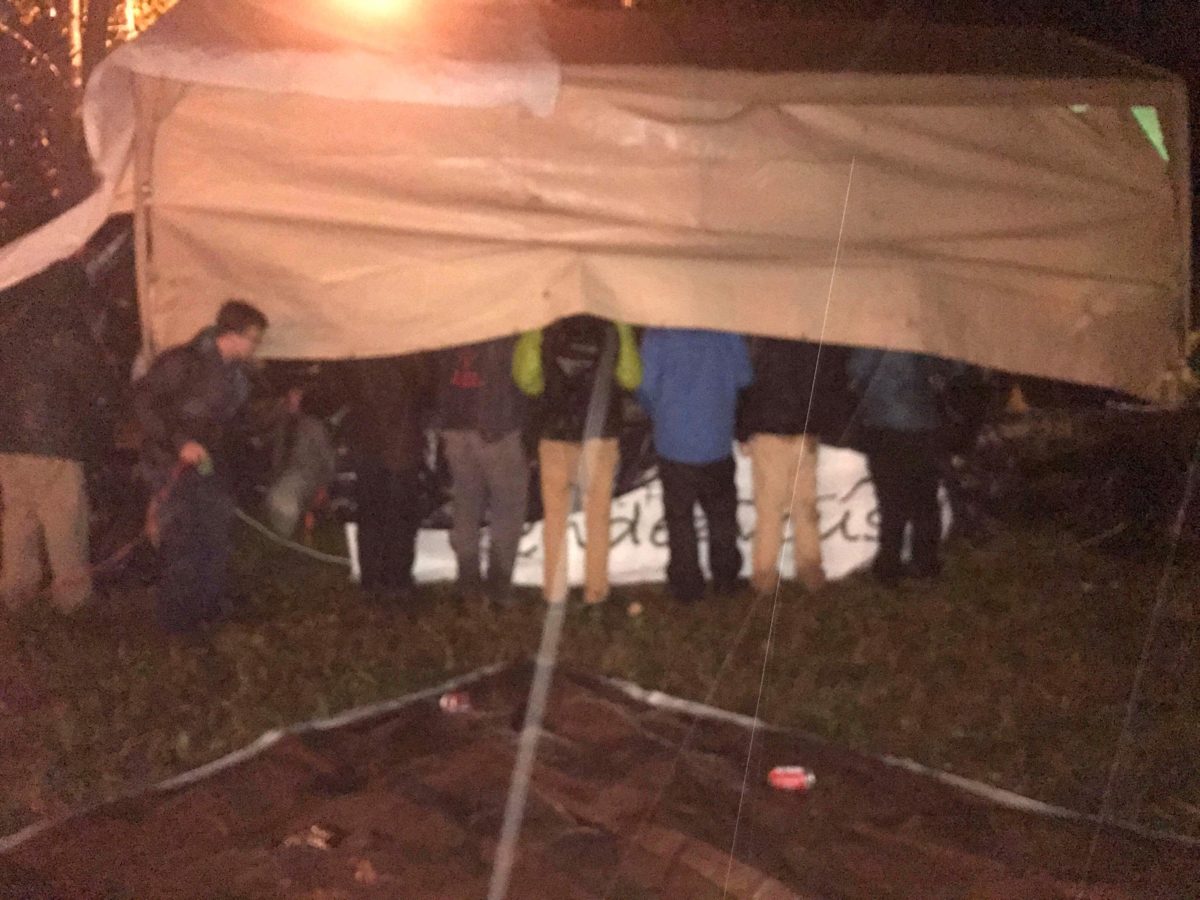 Still, the local friendly authorities showed up at 9 p.m. and it wasn’t to enjoy the music. They got a complaint that the music was too loud. The complaint came from some asshole (New Sheriff) who wasn’t even in the county. These guys were just too much. The award ceremony didn’t get to take place thanks to an even earlier curfew on Saturday night. By the time the police were dealt with it was supposedly quiet time in Elkhorn City. Quick reminder we were in the middle of the woods with no houses in sight. 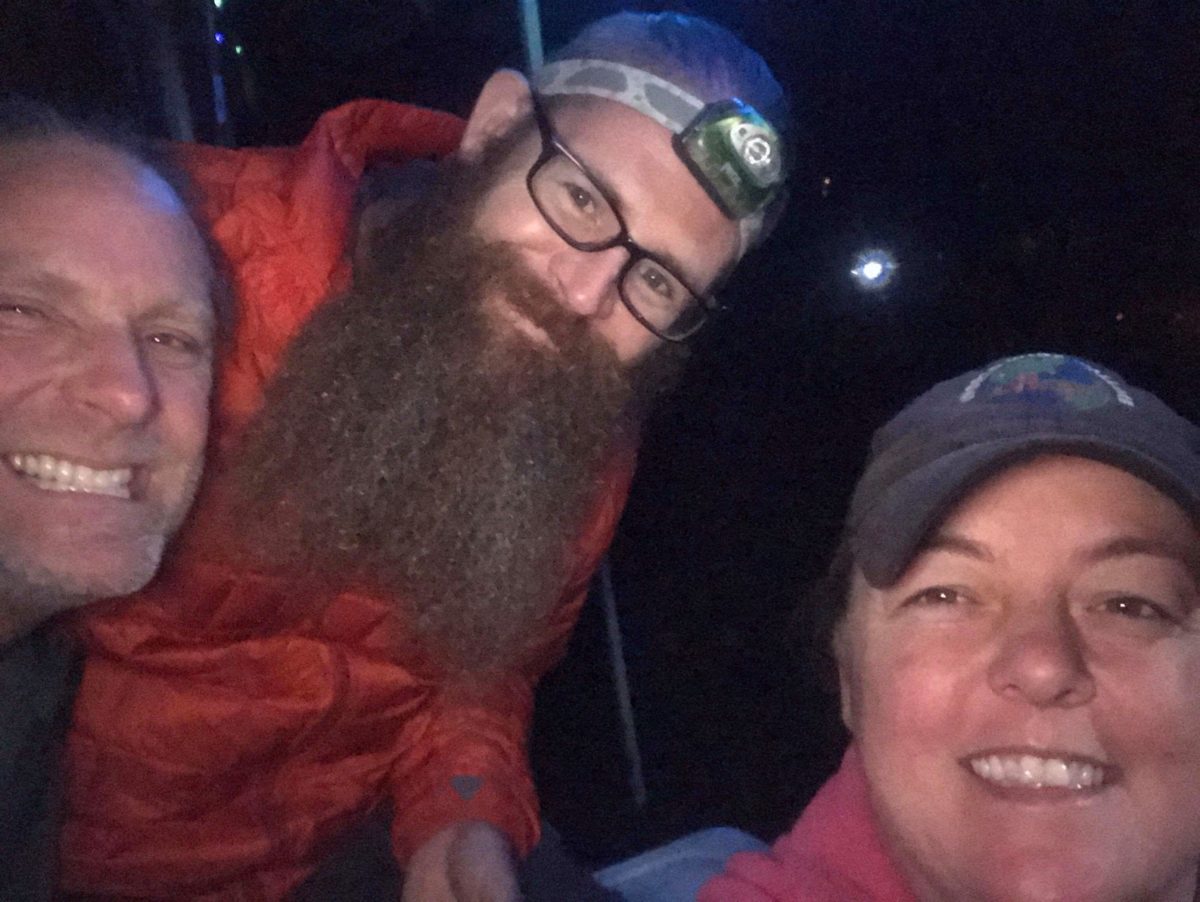 On Sunday Bob was intent on getting the awards to the DBP but may have enjoyed a little too much Rendezvous. The awards were given to another boater not associated with the DBP. Think she may have had too much Rendezvous as well since she accepted them on behalf of the DBP. WALLACE!!!. However, all was made right. Bob retrieved the items after the mix-up was discovered. Awards in hand, I met with Bob at Old Chicago Pizza in honor of Chicago Mike to accept the recognition a week later. I must note that Mr. Bob Larkin didn’t have any trouble recognizing me this time as he noticed the obvious WALLACE sticker on my car as I pulled in. 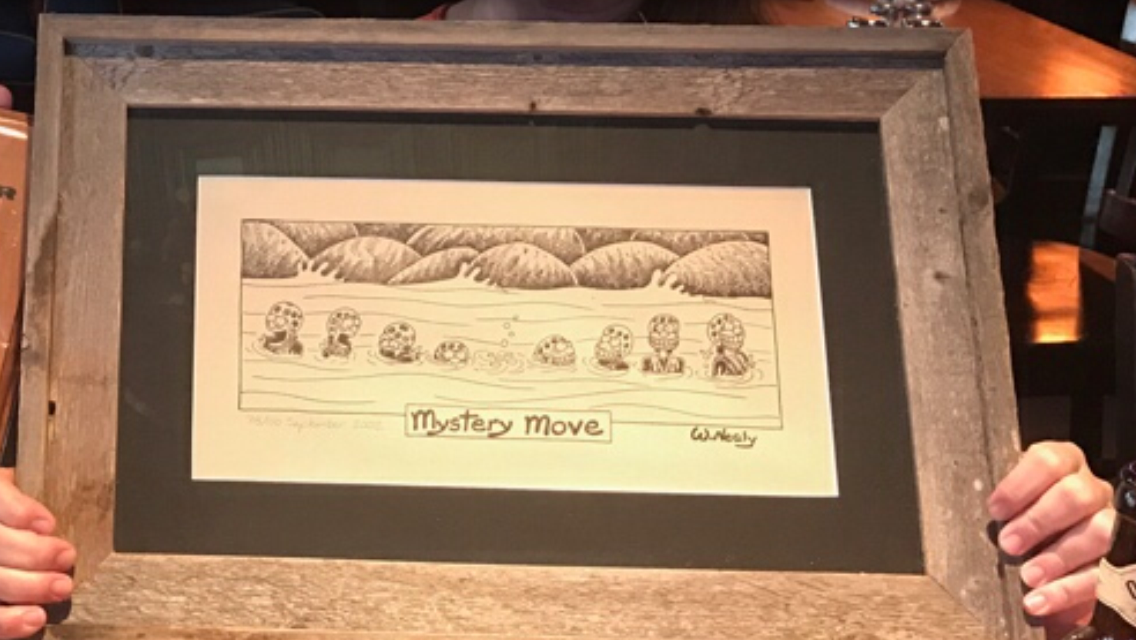 Dirt Bag paddlers were recognized for all the great river stewardship this year. American Whitewater executive director Mark Singleton went into the archives to give a special artwork piece to the group. It is a signed original cartoon from William Nealy called the “Mystery Move.” DBP was also presented a beautiful plaque from American Whitewater. I assured Bob that DBP and our special group DBP ACTIVE!! will continue to promote river stewardship in the future. So, call to action DBP: we need to step up the game in 2018.

When we arrived on Friday afternoon the sun was shining and temps were in the upper 70’s. Saturday was a different story. The rain set in and the temps began to drop, ending in the upper 30’s by Sunday morning with snow falling. Kentucky’s weather motto: “hold my bourbon” explains how you can experience all four season in a weekend. For the Lord of the Fork Race, a very challenging and infamous event on Class V Russell Fork scheduled for Saturday afternoon, our best option to catch a glimpse was to hike in to El- Horrendo.

First you park at the wide spot on the highway and make your way down to the railroad tracks to cross the river hoping no trains meet you before you get across the train trussell. It’s a long drop to the river. 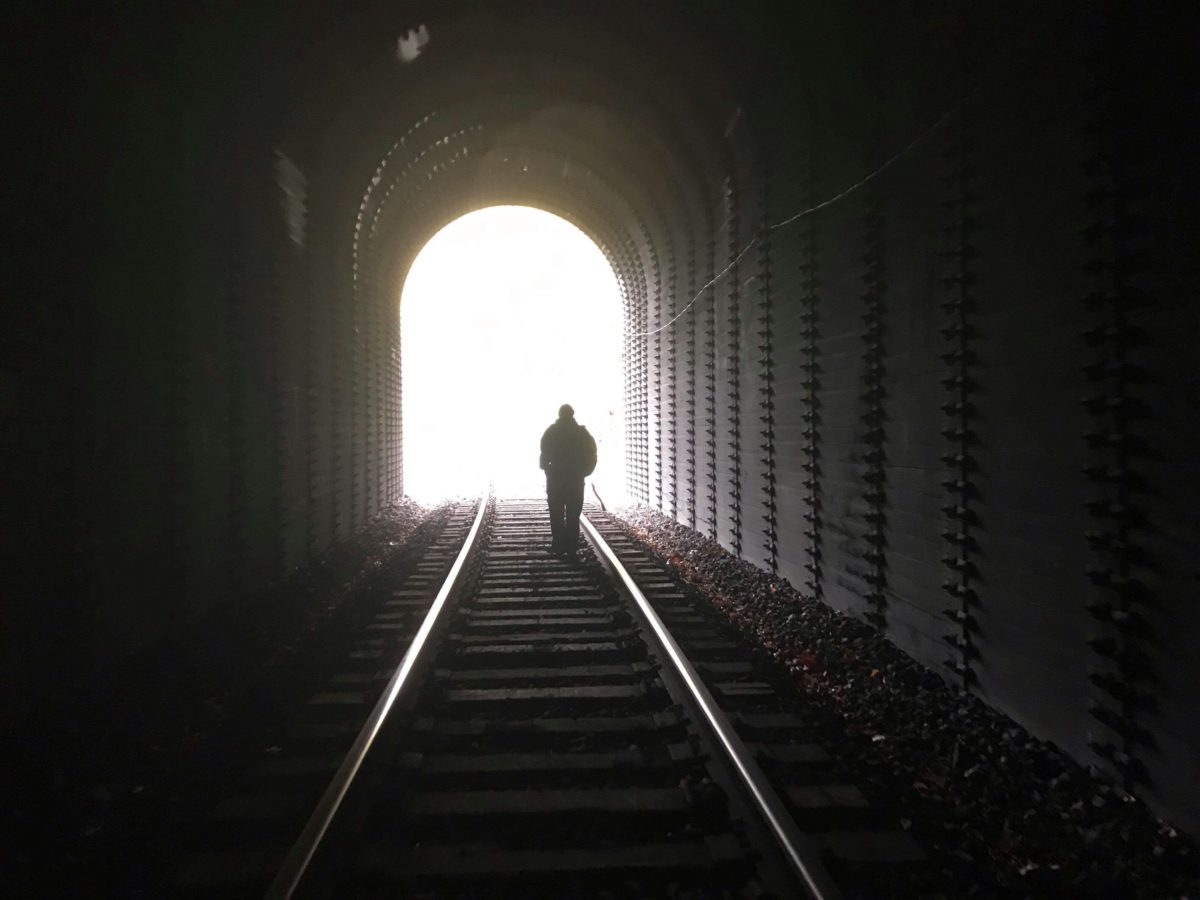 The rest of the trip is about three miles on the tracks. Not everyone is accustomed to walking that far on the rails. Be sure the ten minutes or so it takes to get through the railroad tunnel are train free as well. If not you better hug a wall or hit the ground. Not everyone was lucky enough to avoid that adventure.

When you reach El Horrendo Rapid, be ready for a steep mud slide to the bottom. We encountered some boaters that just finished the gorge section (not racers) but wanted to go back and watch, so they climbed up the slippery hill at Climax to carry their kayaks along the tracks until reaching El Horrendo and then bring them back down to the river. Didn’t look like much fun to me but they were determined to run it again. 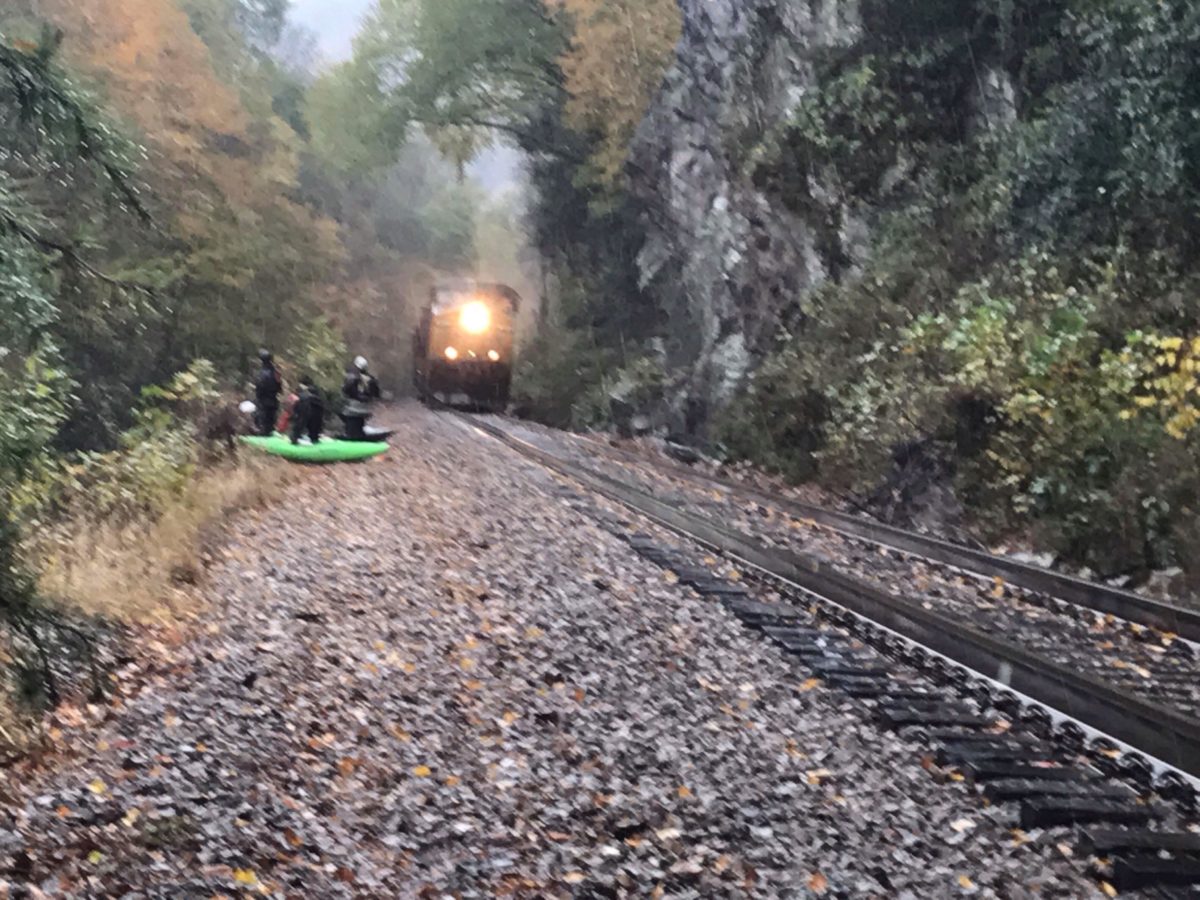 At El Horendo there were many boaters hanging out by camp fires to watch for Wallace. 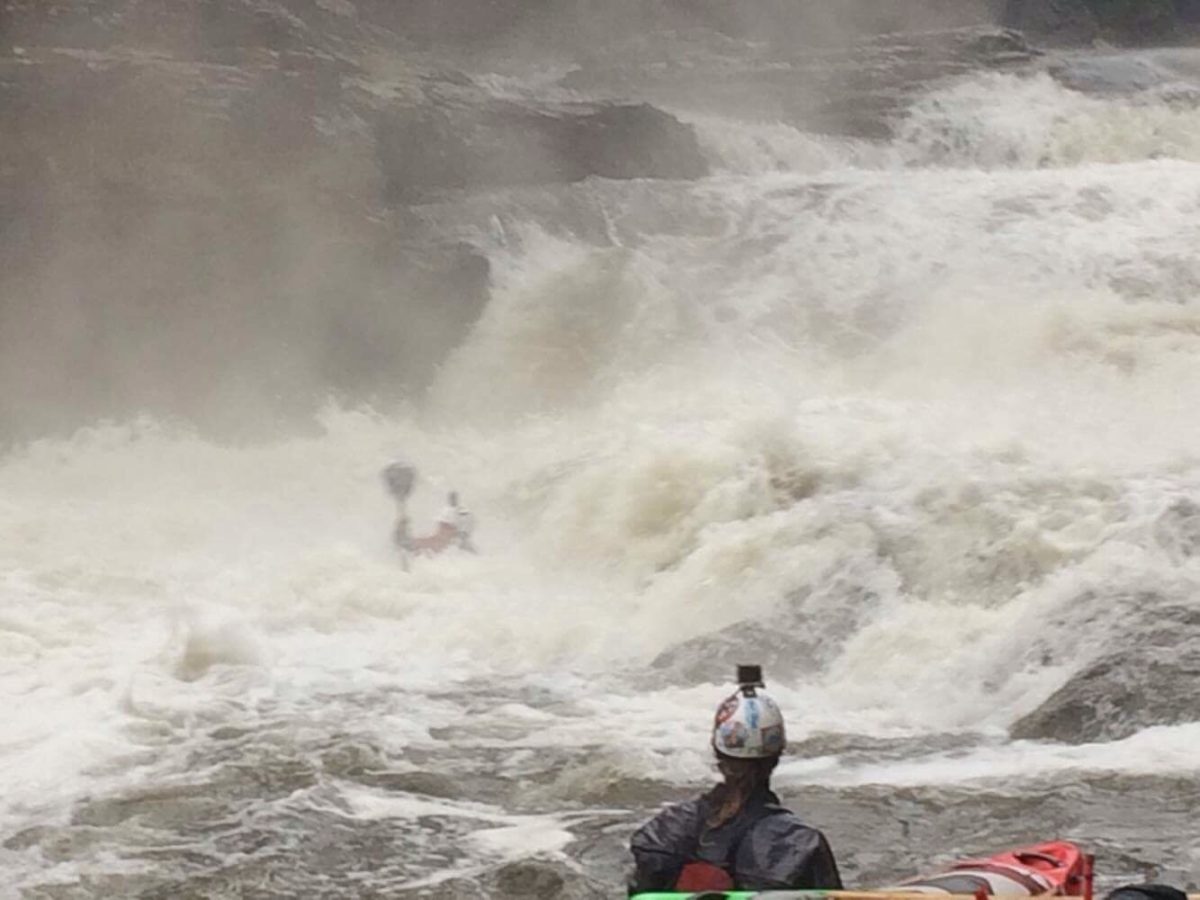 So, what to expect for the Rendezvous next year? The festival is moving. The organizers have contacted the city officials in the neighboring town of Haysi, VA. This is the original location when the festival began 24 years ago. They want to move it back to its roots. The council is excited to bring the boating community back to this area. So, no worries about police scrutiny for next year. Bob and the other organizers are working very hard to ensure the Russell Fork Rendezvous will be boater friendly and offer more events. There are 3 locations being discussed but the main one is Kiwanis Park. This will allow for more camping better facilities with multiple bath houses on grounds. They are also planning on between 10-15 bands for entertainment next year. The festival expanded this year to bring in vendors for the first time; there was a BBQ food truck and gear vendor. 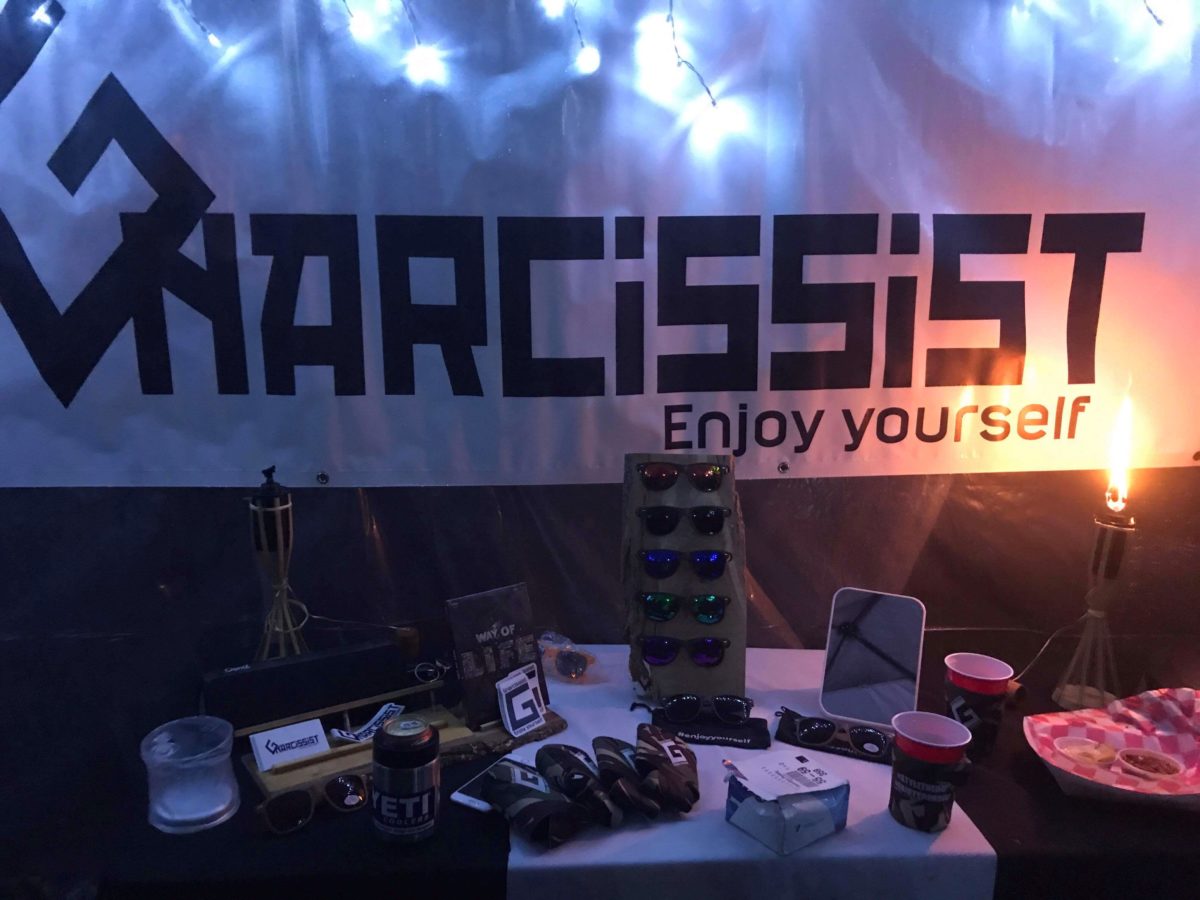 The Gnarcissit offered amazing sunglasses, clothing apparel and by the way free craft beer. Check these guys out if you see them at a festival. They are also sponsoring one of our own DPB members in his river adventures, Stephen Ligtenberg. 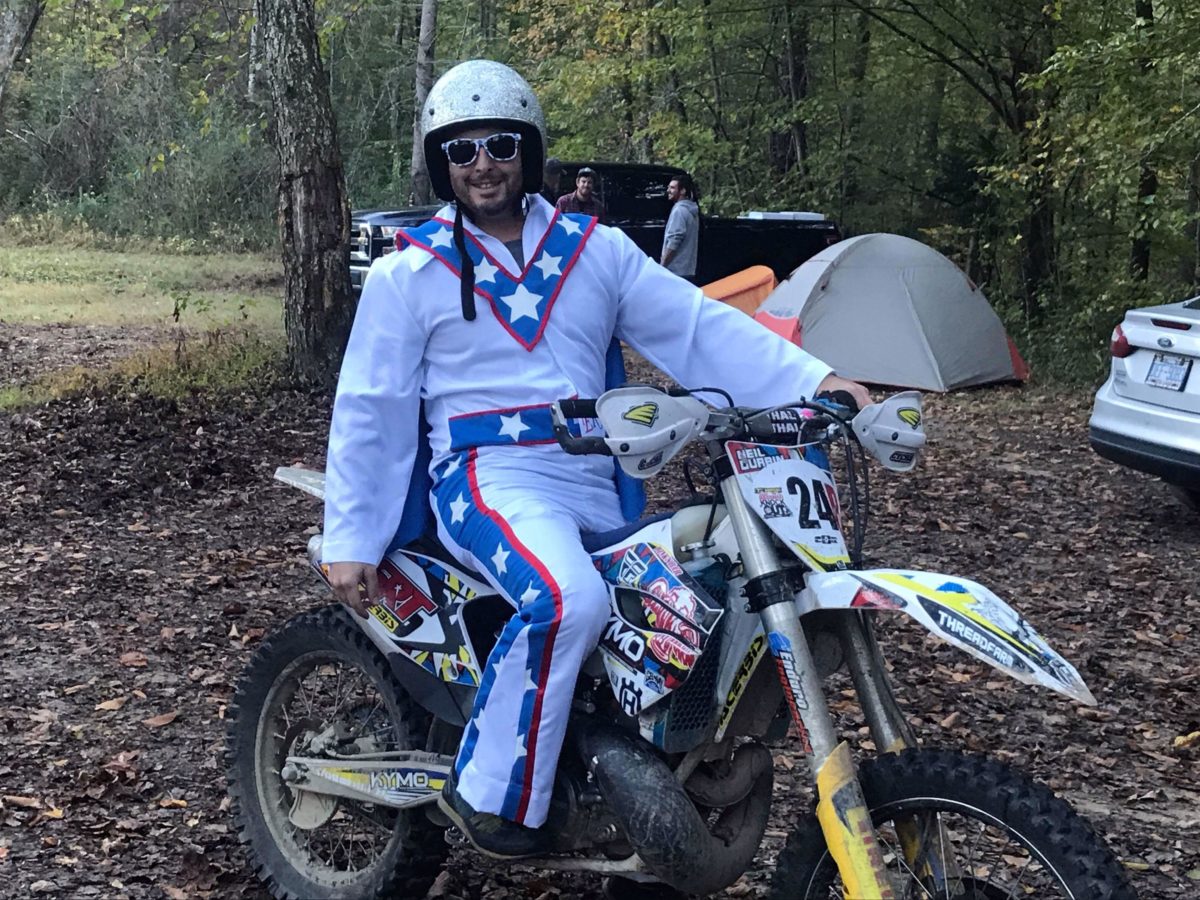 This Festival is growing and is a must attend event. All proceeds go the American Whitewater Association to preserve our playgrounds. On behalf of DBP, we want to say Thank you to all the organizers, especially our good friends at bluegrasswildwater.org and americanwhitewater.org for your tremendous efforts to keep this event alive. 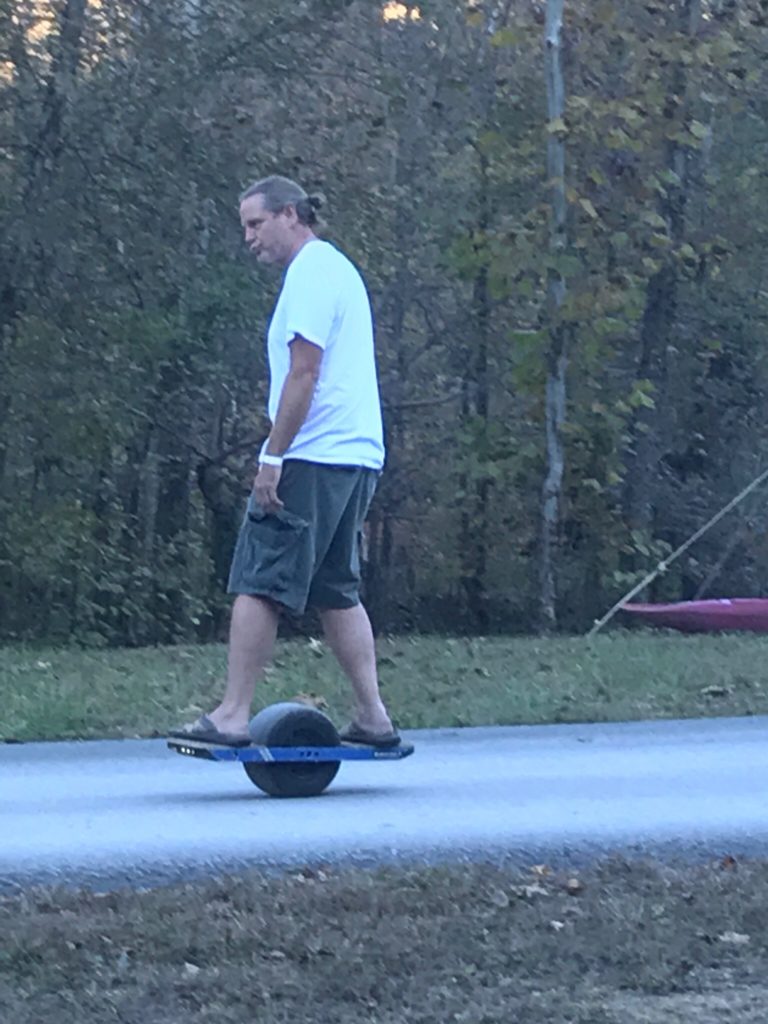 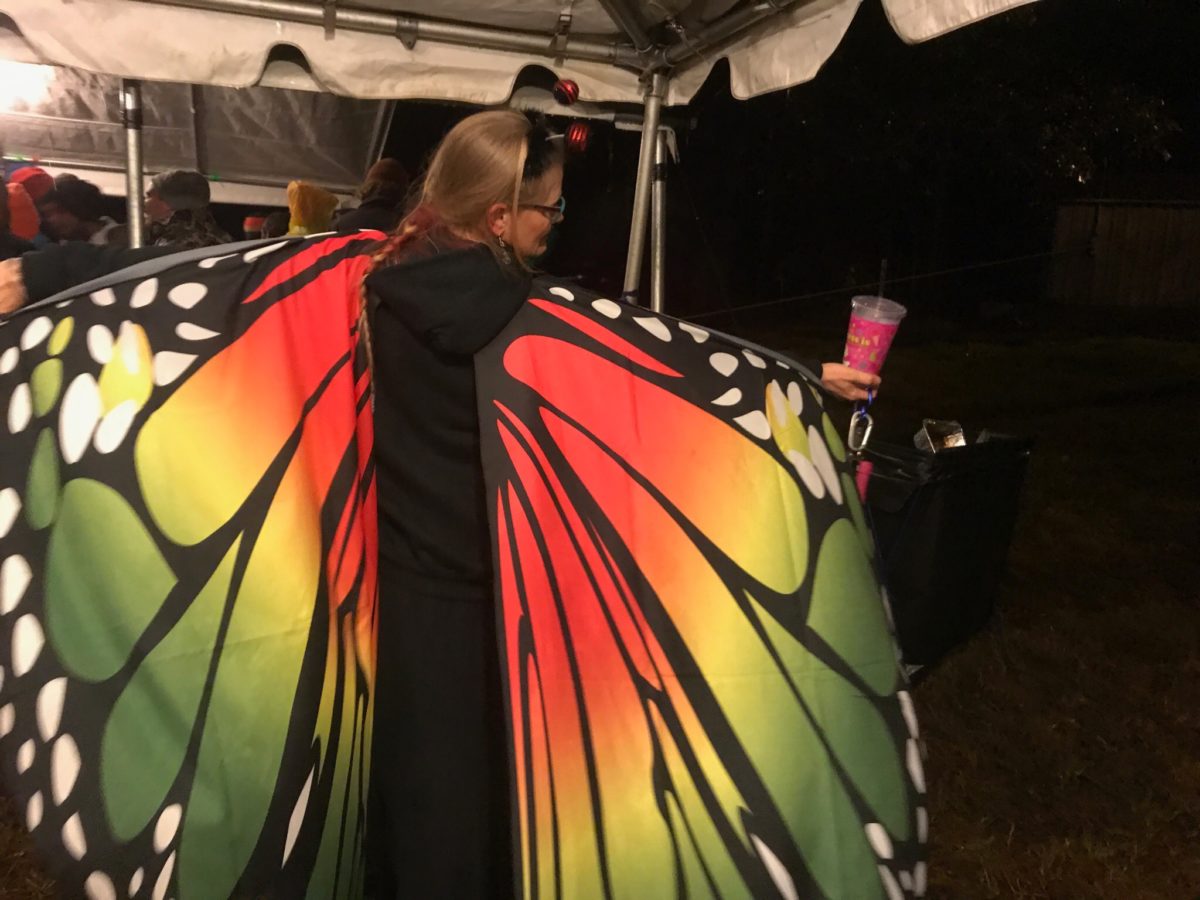 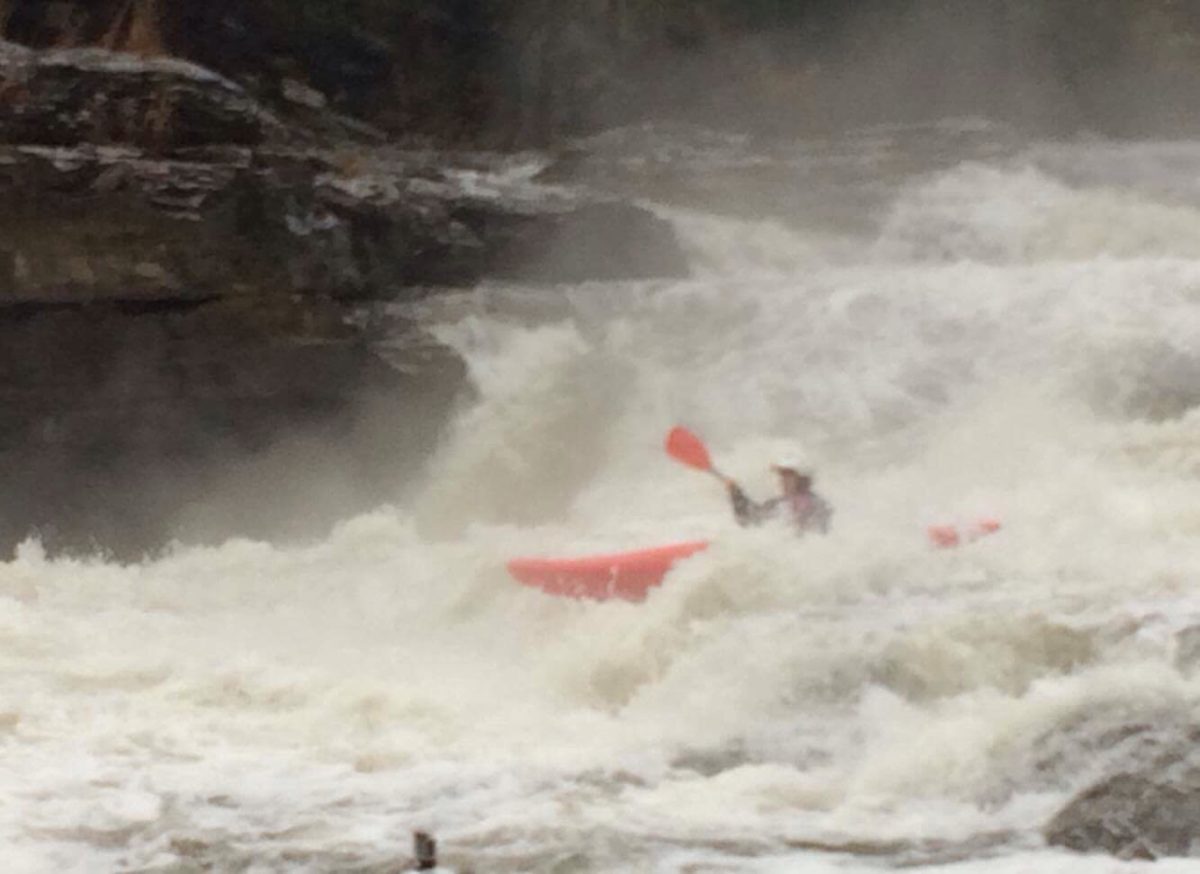 EDITOR’S DESK- DBP Admins Michelle Terrell and Tommy Hammit hosted the #ShowUsYourJunk Silver Creek Cleanup last spring. Michelle and Tommy are frequent contributors to the magazine, who wrote an article about raising a paddling family for us. 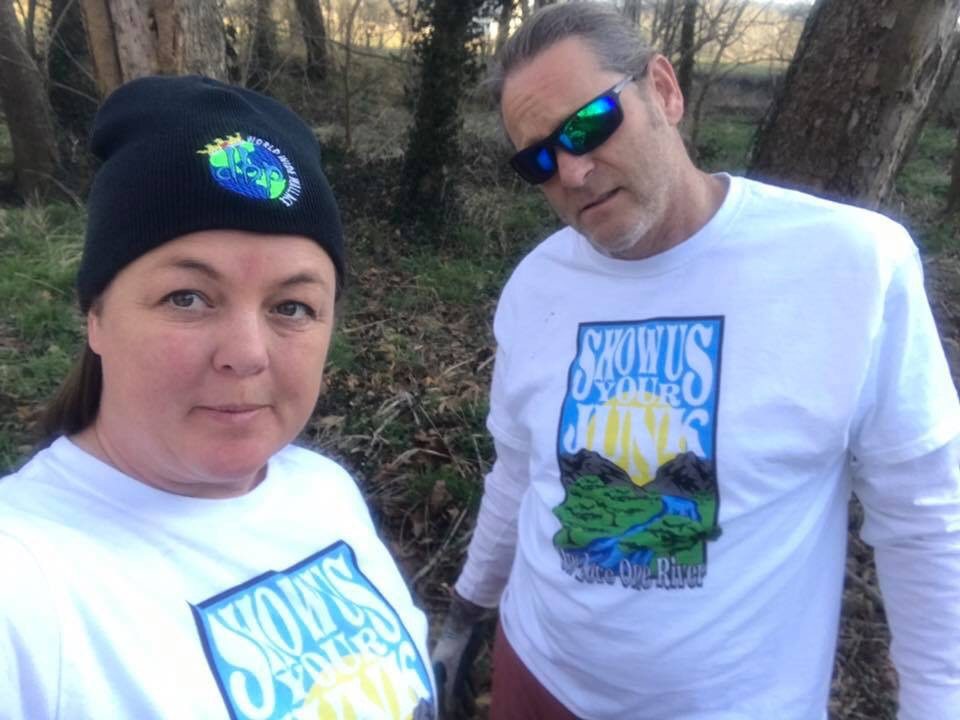 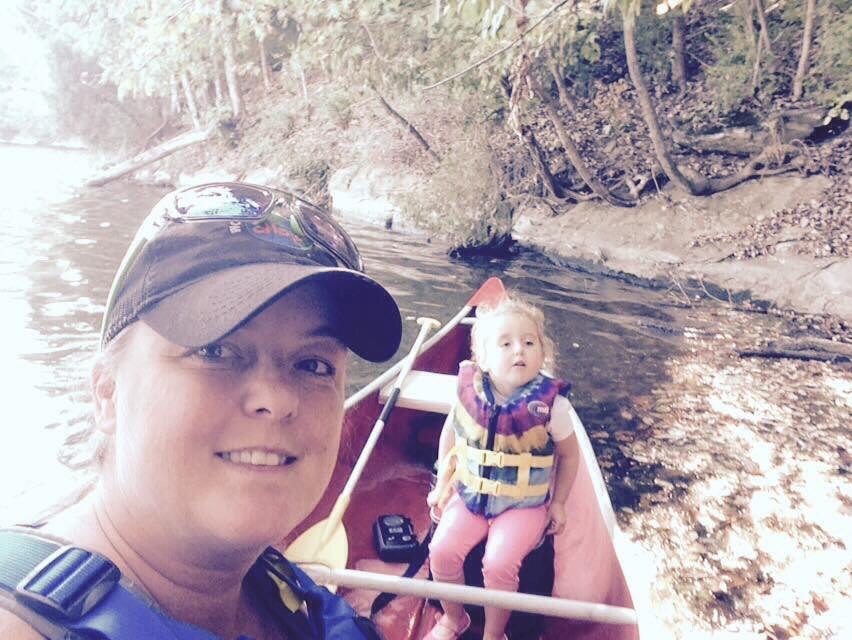 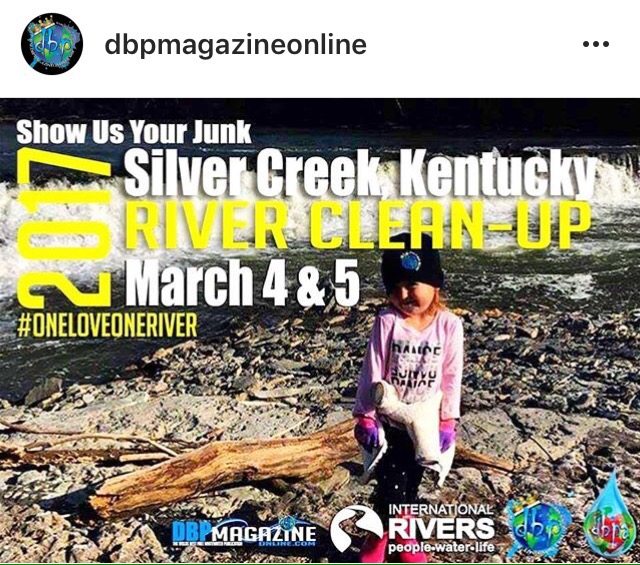