Sure, he’s a world class champion kayaker. Possesses top rank freestyle playboating skills. Sends massive drops. He married into the Jackson clan, First Family of Whitewater, with legendary patriarch Eric Jackson at its head. These are all apt descriptions of Mr. Nick Troutman. But nothing defines him more than the title of Super Dad. 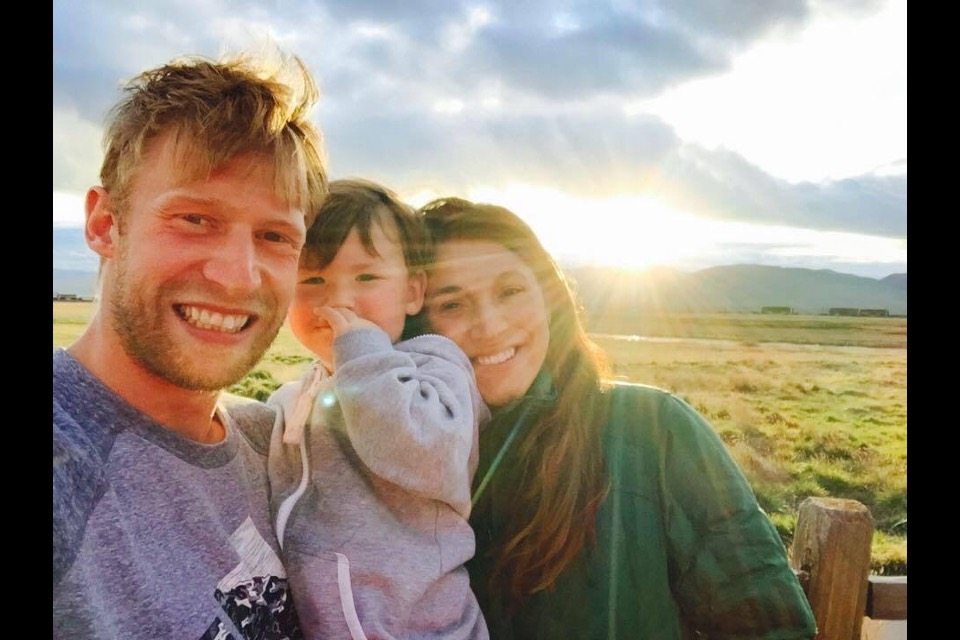 We had a chance to interview {Editor: in 2016} this gracious father of soon to be two during one of the small breaks when he isn’t touring the world in the family RV in search of epic whitewater. Staff Writer Dale #danewho Guarniere (DG) and Editor-in-Chief “Chicago” Mike Toughill (MT) asked Nick (NT) to reflect on his relationship with his son, his growing family, and looking back on a stellar kayaking career that’s still going strong.

NT: “I love my son and I just want to share my joys for the river and wilderness with him. I had some similar experiences growing up for sure with my parents. We would do a couple father son canoe trips, or family camping trips, and my mom would regularly take us out to explore some creeks and stuff. I just want to share all of the fun exploration type stuff with my kids too.”

MT: He’s going to be the next Superstar in the family! But what if he chooses to go a different route? Will you strongly encourage him to stay paddling or let him explore?

NT: “I would love for Tucker to be a kayaker, not because I want him to be a superstar (which would be awesome if that ever happened), but simply so I can go kayaking with him. If he really liked soccer or skateboarding I wouldn’t stop him, it would just make it a bit harder being we have a family of kayakers.”

DG: As young paddlers now, my friends and I watch YouTube videos (mostly of you and your family!), something that didn’t exist back in your youth. What were some paddling films you watched growing up that inspired you?

NT: “I religiously watched the Young Guns films. I am sure that I, along with the other Keeners I was with at the time, have the world record of most views of ‘New Reign’ by the Young Guns. I also watched a ton of LVM, though growing up on the Ottawa we were pretty freestyle focused when I was a kid. Back then though before YouTube, that is what you had to watch. It blows my mind now when I talk to the youth paddlers of today that most people don’t know who the Young Guns, or LVM were. It makes me feel old.”

DG: Was there a trick or a waterfall growing up that you set high in your sights that you were really stoked to finally accomplish?

NT: “The airscrew for sure. Again, growing up on the Ottawa River and in the Ottawa Valley, there simply weren’t any waterfalls around, and very little gradient. So having a freestyle mecca in the backyard made us pretty freestyle focused. Back then, still like today in many ways, I thought the Loop and the Airscrew were simply the coolest single tricks. I got the loop after many, many hours of practice, and it was years before I could airscrew like I can today.”

MT: You definitely were a young prodigy coming up… Believe me, I remember reading about Nick Troutman in a magazine article back in the early 2000s. Even though I was ten years older than you at the time, I was just getting my start in the sport and you and Pat Keller were my inspirations. I looked at the things you were accomplishing and thinking that I could get good too by trying and learning… What advice will you give your son as he develops? What would you say to the youngsters of today, those teens charging hard right now in your footsteps?

NT: “The best advice is do whatever you do simply because you love it. That is the most important thing. Next step is find a friend to do it with: if you have a buddy to go with and to help push you, you will learn so much quickly and go much more often.”

I love my son and I just want to share my joys for the river and wilderness with him.

MT: It’s great to see your son Tucker now paddling for himself at such a tender age. How old were you when you first paddled? Can you recall your first experience, and share it with us?

NT: “I think I must have been around 7 or 8, when I first paddled, and it was a canoe. I didn’t get into paddling at that young of an age. My dad had kayaked when I was a baby, but a bad car accident stopped him from kayaking. I only got into a kayak for the first time at the age of 13 and instantly was hooked.”

DG: Now that you’re looking forward to the birth of your second child (congrats to you and Emily on that!) can we expect a three cockpit kayak from Jackson? {laughing}

NT: “It’s unlikely there will be a three cockpit kayak, but probably three people in a kayak. I have already been talking with Emily about taking the duo with Tucker up front, and my soon to be Daughter on my lap in the back.”

DG: Thanks so much for taking time from your busy schedule to talk with us, Nick! Last question- most epic Wallace?

NT: “I don’t even know what Wallace stands for, I must be old, or simply not cool enough.” {Smiles}

Kayaker and C-1ers are Wallaced when they get worked in a hole, run over by a rubber pusher, get an epic beat down, and of course anytime they swim.

OFF THE RIVER:
Dirtbags are well known by their frequent slapping of beers and other precious articles (such as paperwork) from each other’s hands. They take the same form as on the river, Downward: off the feet. Upward: off the face. The Baby Wallace is a slight bump of the arm that results in slight spillage, kind of like a warning shot… “Hey Dirtbag, pay attention!” with the added caveat that one must properly declare the Wallace by yelling “Wallace” during the act. (IF YOU DONT DECLARE WALLACE WHILE BEGINNING THE ACT, YOU ARE A JERK AND SUBJECT TO A PUNCH IN THE NOSE!)

And no crying or getting angry watching your Wallaced drink soak into the earth! Grab it and pound it out!!!

WALLACE may also be used in lieu of the word BURN!, in it’s declarative form.”
Wallace!!!