Skip to the content
THE SINGLE MOST CARNAGE FILLED DAY IN AMERICAN WHITEWATER HISTORY.
PART ONE
As a tow boat pulled his flotilla of rafts across Cheat Lake following their run down the Cheat River, raft guide and trip leader Mark Lewis surveyed his crew with tired eyes. To a person, they were silent. “There was just a lot of quiet reflection,” said Lewis. “It was amazing. We’d survived.” Lewis and thousands of other guides and guests had just spent the overcast day literally deeper than neck deep in a day of chaos and terror that would eventually be known as Black Saturday. 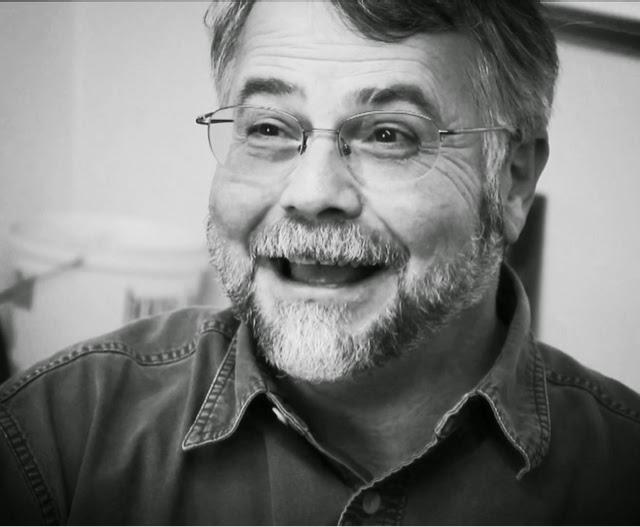 Flash back a year previous. In the Autumn of 1985, the Cheat River was in the throes of a super flood that would kill 54 people, demolish townships and rearrange the very topography of the river bed and the rapids that flowed over it. Some say the previous highest-recorded flood volume on the Cheat was in the neighborhood of 80,000 cfs, or cubic feet per second, but the 1985 flood crested at close to 250,000. It erased entire raft-company operations—tearing open buildings and spilling equipment like eviscerated guts into the raging torrent—and on April 12, 1986, when Lewis and his Rivers trip put in for a day of fun, “there were still wetsuits hanging 40 or 50 feet up in the trees.” 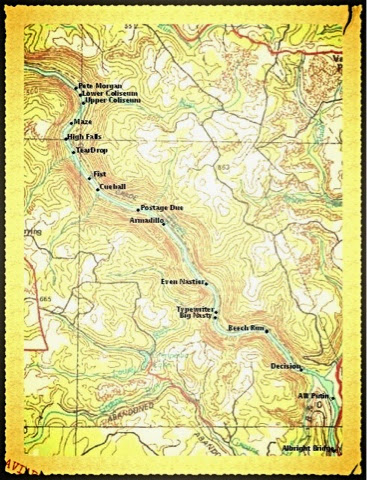 Most guides knew that the flood had rearranged some furniture, so to speak, but the winter had been uncharacteristically moderate and the spring flows to date atypically low. By Black Saturday, however, the rain had returned and the water was back up. It was the first day most guides saw “the new Cheat” at respectable flows, and unbeknownst to them, they were woefully underprepared.

There were still wetsuits hanging 40 or 50 feet up in the trees.”

Lewis had his first inkling that things were awry as he floated into a rapid called Big Nasty. Previously little but a wave train down the center, Big Nasty was one of the most changed by the flood. “I look downstream,” said Lewis, “and I see the company ahead of me has flipped either five out of six or six out of six boats. All I can see are upside down boats and bobbing, screaming heads.”
He knew immediately that there was something new to the right. Lewis spared a brief moment to signal his boats behind him to get left as fast as possible, but for many of them—and certainly for his raft—it was already too late. He drove left as hard as his crew could manage, but every time he made progress, a series of diagonal waves coming off the left bank pushed him back to the center. “At some point I realized there was no getting left,” he said, “and I look downstream at this monster hole.”

All I can see are upside down boats and bobbing, screaming heads.”

The hole, a pile of aerated, recirculating whitewater twice as tall as his loaded raft and almost three times as wide as his boat was looming ahead. It was a leviathan—an unrunnable wall of water—which Lewis was about to attempt to run. He turned his boat in to it and yelled, “ALL AHEAD!” But even as he dropped into the unavoidable, he knew what the result would be. 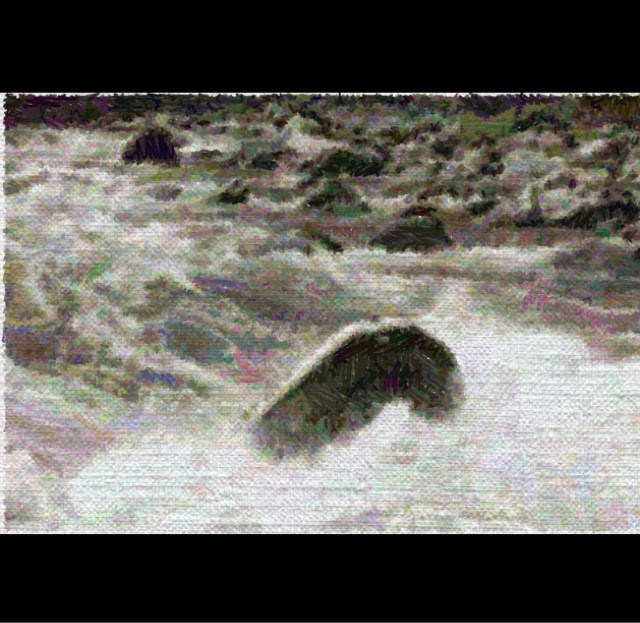 Their flip was fast and violent, and Lewis experienced several jarring changes of momentum in rapid succession. One: the raft dropped into the hole at about 10 miles per hour, which in raft terms is warp speed. Two: the raft stopped short when it collided with the hole. Three: Big Nasty grabbed the front of the boat and threw it sideways like a discarded toy. Four: the upstream side of the raft dipped and caught the fast water dropping toward it. The force of the water was itself an irresistible push down on that side, even as the top of the hole heaved up on the other. The boat bucked and went vertical catapulting every person in it upstream. Five: Lewis fell into the freight-train current that got him there in the first place, which yanked him downstream under both the boat and the hole. Though the experience was not unlike being in a giant washing machine, he tried to relax. He needed air, but in big whitewater it’s folly to fight. He forced himself to stay calm—wait for it… wait for it…
Lewis surfaced several meters downstream of the hole. From the water, he watched helplessly as three more of his seven remaining boats also capsized, sending their entire crews into the roiling, muddy mess. Still in awe of the dramatic change in Big Nasty, he finally managed to eddy out on the bank, where he and his guides began to pick up the pieces of their stunned trip. Once ashore, it dawned on Lewis that he and his people were a tiny piece of a larger story unfolding around them. “I look back upstream and I watch the trip behind us,” he said, “which I believe was MS&T [Mountain Streams & Trails], and they flipped… every… boat… in their trip. I’m looking out on this and there are people all over the banks just walking up and down. There are guides walking around with, like, this 1000-yard stare.”
One of them wandered up to Lewis. “I had… I had some people…” the man said. “Have you seen my boat? I had a boat. I had some people…”
“The carnage just kept coming,” Lewis recalled with a sort of flashback faraway look in his eye, “cause this was the first busy day of Cheat Season, and there were trips lined up to run the river.”
Mark Lewis—and likely every other person on the Cheat that day—would love to be able to say Big Nasty was the worst of it. The river had other plans, however, and Black Saturday had only just begun.

Have you seen my boat? I had a boat. I had some people…”

{editor’s desk: Jay Young recently authored Whitewater Rafting on West Virginia’s New & Gauley Rivers: Come On In, the Water’s Weird, an objective history of southern West Virginia’s commercial rafting industry. In his second book, tentatively titled The Rubber Room, Young will attempt to paint a portrait of the business from the perspectives of those who created it and lived it day in and day out—the raft guides—by retelling their terrifying and often hilarious tales, be they true or tall. The complete hair-raising story of Black Saturday will be one of the chapters.}
MORE LINKS & INFO:
Mark Lewis interview:
Original footage shot from the flood (part one of six, the others can be found on YouTube):
Stories from the old days on the Cheat from Charlie Walbridge, including reminiscences from the ’85 Flood aftermath:
http://www.charliewalbridge.com/new_page_3.htm
Support the local non-profit FRIENDS OF THE CHEAT.
https://m.facebook.com/groups/52328656469
Support Cheat Fest, their major fundraiser, and a damn good time to boot!
https://m.facebook.com/Cheatfest

Awesome! Now go to YouTube and search "Cheat River by Rick Gusic and Scott Patton" You will not be disappointed, I promise!