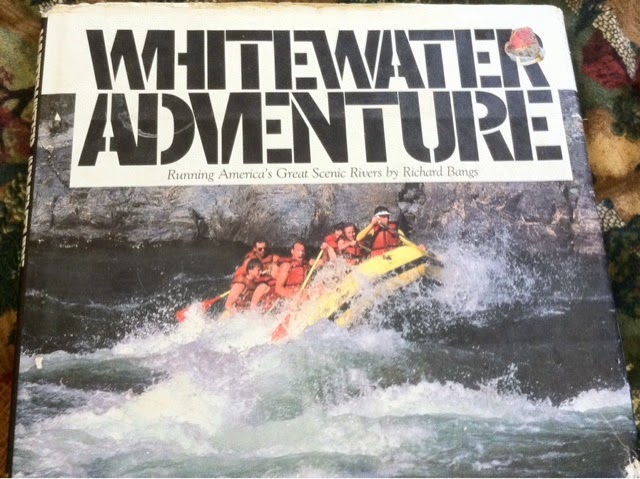 “WHITEWATER ADVENTURE: Running America’s Great Scenic Rivers” by Richard Bangs, is a typical 80s coffee table book featuring gorgeous full page color photos that are anything but typical. All of the classic American runs of the hairboating, self bailing Glory Days of whitewater paddling are here: the Colorado, Chattooga, Salmon, Rouge, and American rivers to name a few. The Kennebec River in Maine gets particular attention. There is also a page at the end entitled Whitewater Lore that features definitions of the classifications of rapids, as well as some glossary terms that include some old school lingo that have passed out of fashion today, like:
Cusecs: cubic feet per second
Hairball: risky
Souse hole: a large hydraulic hole that exists behind a rock that is barely below the surface of the water.
Stubblefield: a passage of water filled with so many rocks that you can stub the boat on them.
This book and other of his works, as well as the famous world wide outfitter SOBEK Expeditions that he founded with friends which pioneered rafting trips in Africa and the Bio Bio as well as many others, fired the imaginations of our forefathers and inspired our sport to reach the heights it did in the halcyon boom days of the 1990s. Mr. Bangs began his paddling days canoeing near his home on the Potomac with highschool chums, moving on to work the mighty Colorado and eventually reach river god status. He is an original dirtbag paddler and pioneer of our sport, and this book deserves a read and a spot on your coffee table still today.
EXCERPTS:
…Wild rivers are earth’s renegades, defying gravity, dancing to their own tunes, resisting the authority of humans, always chipping away, and eventually always winning. And wild rivers bring out the renegade in us, enticing us to leave behind all that we’ve been taught and to let ourselves surrender to their special symphony. When I was in high school, I would climb out of my bedroom window for midnight canoe runs, or say I was at a slumber party when I was off rafting for a weekend. The river was a kindred spirit. I shared a secret with the river, a knowledge that the clearest way into the universe was downstream… 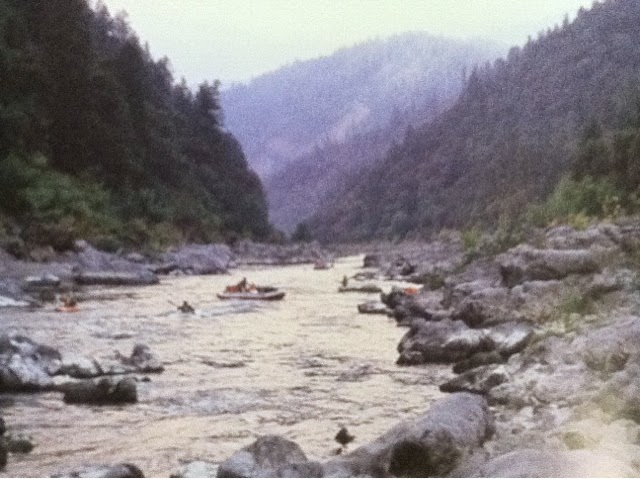 …Suzie Hockmeyer, Queen of the Kennebec with over 400 descents, piloting her raft into the witchcraft of Magic Falls. Wayne Hockmeyer named these falls in 1976 during his first commercial rafting season because his rafts would disappear into the maw, then magically reappear downstream, not infrequently upside-down… 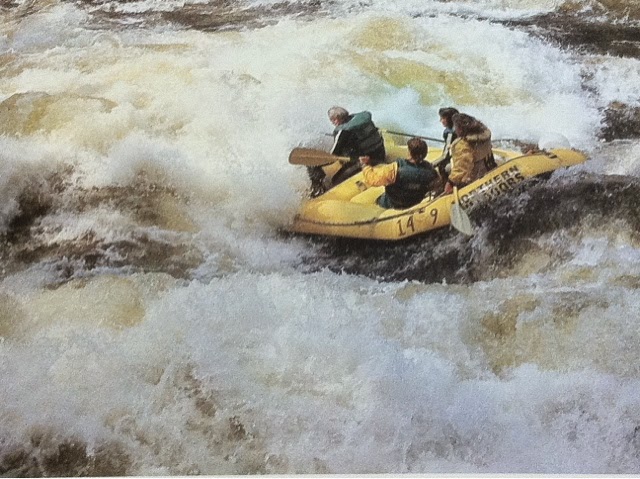 …As we disassembled the frames and sorted the gear, the sun peeked out, immediately warming the air. I took off my shirt and let the Alaskan sun kindle my skin. Then as we began to load the six-seater Cessna that would take us back to civilization, a tube of fog drifted in, the clouds coiled back over the sun, and the temperature plunged. But I kept my shirt off and it stayed off for the rest of the loading, even as a drizzle misted the air and the thermometer showed close to freezing. I was still warm, as warm as I had ever been on a river trip. The Tatshenshini had made me warm, a warmth that stays with me still… 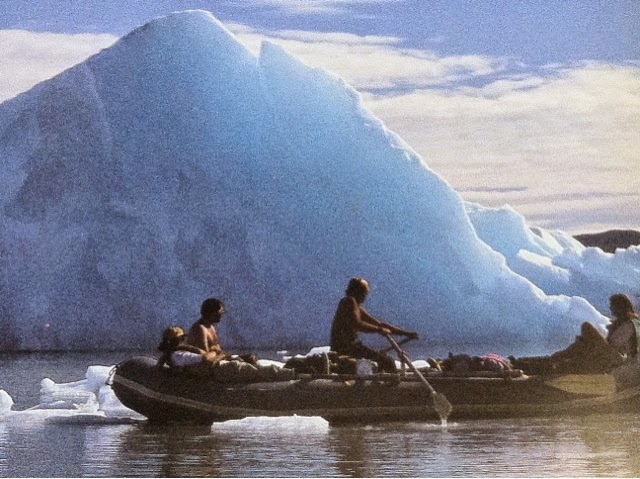