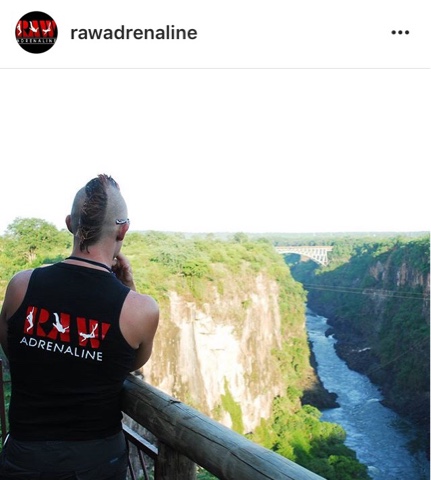 Paul Teasdale, one of our Dirt Bag Paddlers Admins, is a good friend of mine, even though we’ve never met in person. He lives in Africa, and the Mighty Zambezi is his playground. Paul is the founder of RAW Adrenaline, and is truly an inspiration to me and countless others. I approached him several weeks ago, asking him to contribute a story to this month’s Ode to Wallace for the magazine, and as always Paul was more than happy to oblige. In fact, I intended it to be one of the main pieces. This tale is not the one we had originally envisioned, yet it is far braver a story than any story of surviving a whitewater swim, even if that swim was down one of the most fierce Class V rivers in the world. 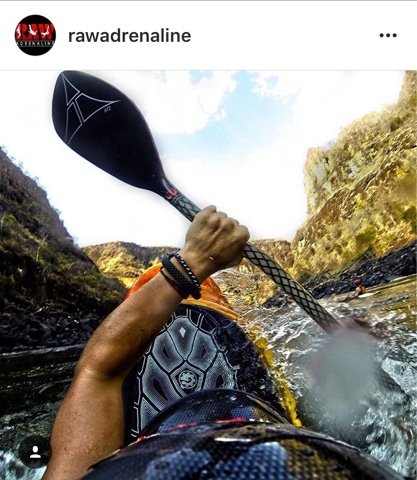 A few weeks back Paul got Wallaced hard, but not by one of the rapids in the Batoka Gorge. The story he was set to pen, about a particularly nasty swim with much more downtime than a kayaker likes, never got written. Paul was too weak. He had been stricken by malaria while attending a playboating seminar for aspiring African kayakers in Uganda. 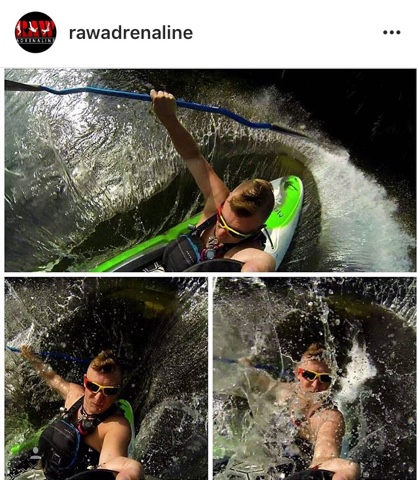 For those of us living in the US, malaria is as foreign as Paul’s distant homeland of Zimbabwe, where Victoria Falls drops into the Zambezi River. But for dirtbags living in the tropics, this terrifying disease wreaks havoc on a regular basis, an ever present threatening storm cloud that can burst forth at any time, wrecking bodies and killing without regard to wealth or health. Paul, like any dirtbag, is by no means wealthy, but he’s an incredible athlete with the physique to prove it, when healthy. He’s also a driven man who accomplishes what he sets out to do, and he sets aggressive goals for himself. So when he informed me he couldn’t get the strength together to finish the story, I knew things were bad. 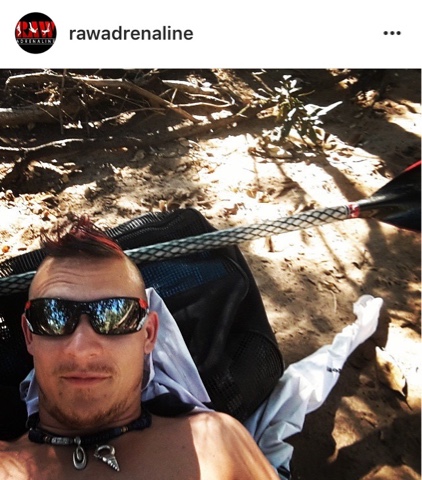 Malaria struck Paul harder than anything he has come up against. “When I was admitted to hospital I was on the verge of organ failure. I was in ICU for seven days,” he told me. “Malaria destroys your red blood cells,” he explained to me, “and the massive die off of cells puts a major strain on your liver and kidneys trying to filter it all out.” 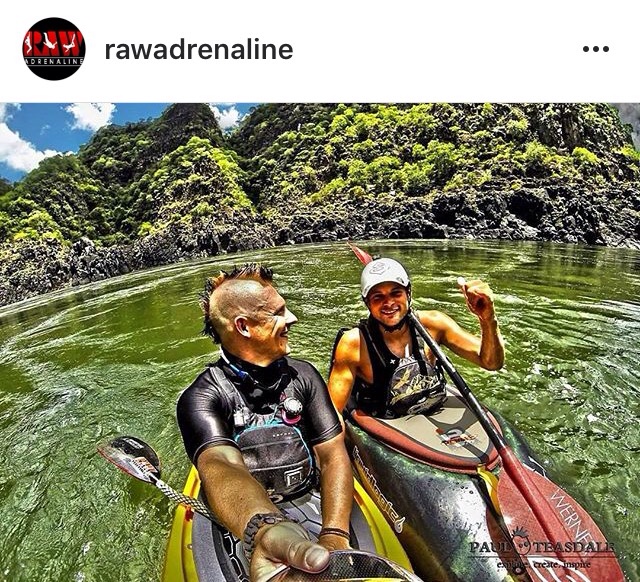 I don’t know anyone who’s been afflicted with malaria, so I asked him about getting cured. “I didn’t eat that whole time (in the ICU) but I was puking bile for the whole seven days from the side effects (of the medicines). There are two drugs to kill the pathogen, quinine and coartem. Quinine sucks though, it makes you violently ill.” Although he’s now cured, Paul’s body has been broken. He’s easily winded, gets tired easily, and that famous drive has diminished while he makes the long slow recovery to top athletic condition that he’s used to. Not being healthy is awful for anyone; to a dirtbag who thrives on the adrenaline rush of extreme sports, it’s pure torture.
Paul’s EPIC Zambezi Edit 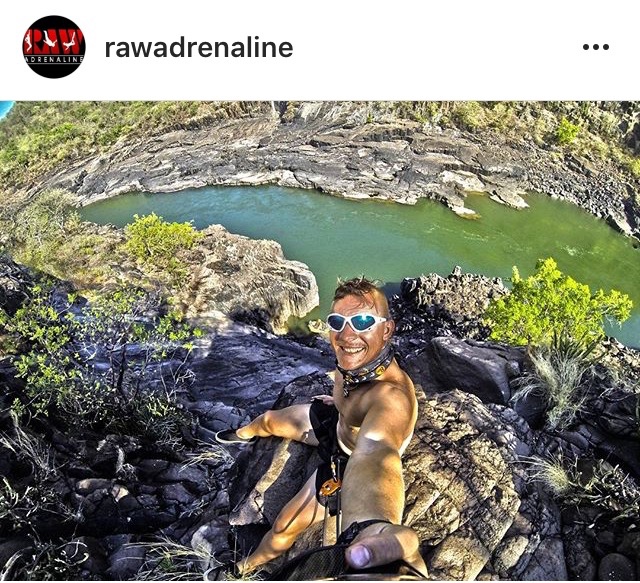 But if anyone can make a full recovery, it’s Paul Teasdale. He plans on returning to his beloved river (the ‘Slambezi’ he calls it) this weekend for the first time since the attack. “I’m just too unfit so I’m gonna struggle, still broken from the malaria,” he admits, but it’s exactly what a dirtbag needs! I’m sure Paul’s Wallace article will make it into the Magazine at some point in the future, but for now the tale of Wallacing malaria will do. It’s by far the most heroic story of the month. 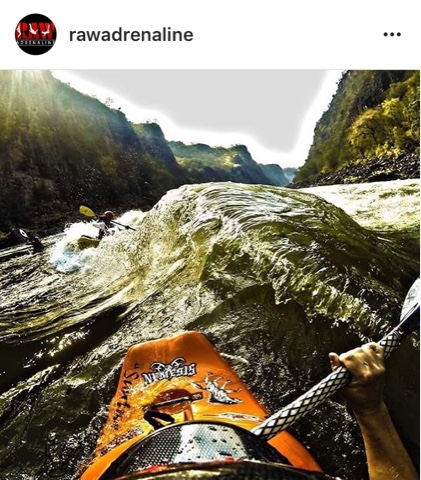 Paul’s life story will inspire you to go out and Wallace anything that holds you back. Read our interview of this true RAW Hero!
http://dbpmagazineonline.blogspot.com/2016/05/raw-hero-interviewing-paul-teasdale-by.html?m=1
More footy from RAW Adrenaline. Urban Dirtbaggin’ in the heart of Africa! 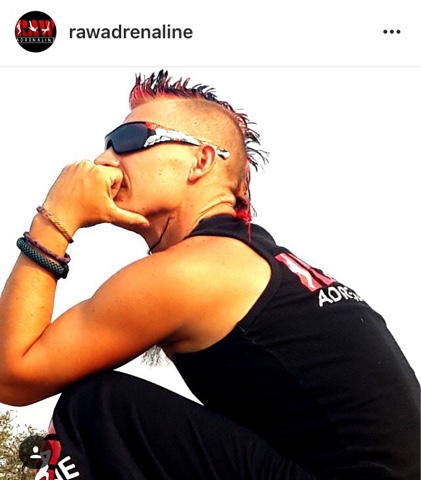 We took photos for this article from the RAW Adrenaline Instagram feed. Top rank photos and video that are well worth a follow-
https://www.instagram.com/rawadrenaline/
Go to the RAW Adrenaline page, and be inspired! Great stories!! “RAW stands for ROCK – AIR – Water. These are the tools we use to conquer ourselves. This is what Livin’ RAW is about. Facing our vulnerabilities, exploring the depths of our being. Coming face to face with our fears and dreams. Finding our centre and expressing it without compromise. The Adrenaline is there just to wake us up and everything gets real………..FAST ! This is RAW !
RAW Adrenaline is a lifestyle brand that places a focus on people’s passion for adventure. We believe that the only way to succeed is to help others succeed.
RAW is a community of passionate individuals that live life to the fullest through adventure sports and the ethos of Livin’ RAW. More than that RAW is a family represented by extraordinary individuals that have been hand picked to bear the title of RAWHero. These individuals express what it means to follow your dreams and live life to the fullest. They are true ambassadors to their craft and we are proud of every one of them.”
http://rawadrenaline.org
RAW Adrenaline has an awesome Facebook feed. If you like Dirt Bag Paddlers, you should throw it a thumb! Paul has assembled a cast of characters from across the adventure world. “To live a full, healthy and wholesome life through adventure sports.”
https://m.facebook.com/rawadrenaline/ 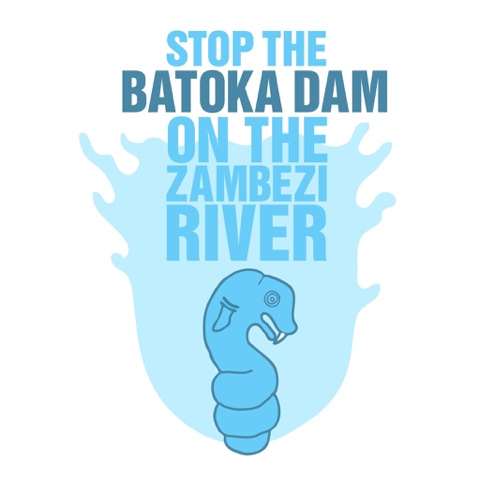 Don’t lose sight of the fact that the Mighty Zambezi, the river that first inspired Paul to live RAW (and also almost Wallaced him to death!) is scheduled to be Wallaced by the Batoka Dam. Although the deal is done, plans finalized, and ink dried, the damming of this amazing gorge for the purpose of generating power while displacing the local villagers who depend on the river for their centuries old way of life HAS NOT HAPPENED YET! Work on the main structure is slated to begin next year. Join our friends on Facebook and lend your voice to the opposition!
https://m.facebook.com/StopTheBatokaDamOnTheZambeziRiver/
And get in touch with our friends at International Rivers to see how we can reboot the efforts to STOP THE DAM. DBP has partnered for the last two years with International Rivers to help spread awareness of threatened rivers around the world. The Zambezi is ours to steward and deliver to future generations in exactly the same beautiful state in which we inherited it! WALLACE THE DAM!
https://www.internationalrivers.org

2 replies on “WALLACED IN AFRICA ~ Paul Teasdale, Malaria, and Saving the ZambeziRiver. by Mike Toughill”

Thanks for the support and kind words Mike…..really means a lot

[…] WALLACED IN AFRICA ~ Paul Teasdale, Malaria, and Saving the ZambeziRiver. by Mike Toughill […]